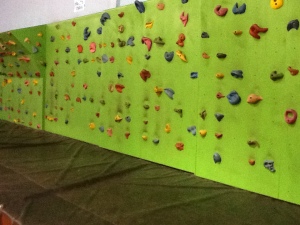 Rabbi Yohanan ben Zakkai used to say: If you are holding a sapling in your hands and someone announces the Messiah’s arrival, plant the sapling first and then go meet the Messiah. (Midrash Avot d’Rabbi Natan 2:31)

Blessed are You, Adonai our God, Sovereign of the Universe, who guides us to springs of water. (Isaiah 49:10)

If you are a Jew who ever went to Hebrew school, you probably remember bringing coins every week to fill the pushke/charity box for the Jewish National Fund/Keren Kayemet L’Yisrael. Maybe you even had your own blue and white JNF box at home that got filled by your family. Or you remember sending money directly to the Jewish National Fund to plant trees in Israel. Or when you celebrated a simcha/a happy occasion (wedding, bar/bat mitzvah, or birth of a new child) or experienced a death in the family, perhaps someone else gave JNF tzedakah/charity in your name and you got a nice certificate from them certifying that a tree was planted in your name or in the name of your loved one.

For many of us, JNF was our primary connection to the land of Israel. And TREES was all we knew or thought of when we heard the words “Jewish National Fund”.

And it is true, the JNF is responsible for planting most of the trees in Israel — 240 million of them. Israel is one of only two countries in the world that ended the 20th century with more trees than it had at the beginning of the century. While most everyone else is deforesting, Israel is still reforesting.

The history of JNF and Israel goes far deeper than trees, and it is — as all things in Israel (and in life) are — complicated.

For a long time I refused to donate money to the JNF when it became known that some of the land upon which Israel’s forests had been planted was questionably acquired. (A.B. Yehoshua’s famous short story “Facing the Forest” is a telling critique of the Jewish National Fund’s relationship with Arab land and its impact on Arab-Israeli relations.) During that time, I planted my trees instead through Neve Shalom, an Arab-Israeli peace village. Unfortunately, their project did not survive, so I wasn’t planting trees in Israel at all.

Little did I know then that JNF was involved in many other environmental projects in Israel, often working hand-in-hand with the Society for the Protection of Nature. Much of the work has to do with water, the most important commodity here. Israel recycles and reuses 78% of its water (second place goes to Spain which recycles 17%; the USA only reuses 1%). JNF has built 222 reservoirs that store most of Israel’s recycled water.

As someone who is concerned with water issues around the world (and New Yorkers, if you haven’t already signed a petition or written a letter to Governor Cuomo against hydrofracking, PLEASE do so immediately!) and  knowing that I would soon be in Israel, I wanted to learn more. I therefore registered to attend a Board of Rabbis’ luncheon in November featuring JNF’s CEO, Russell Robinson. Once I had registered, however, I received an email from Rabbis from Human Rights, of which I am a member and supporter.

As you are probably aware, Rabbis for Human Rights-North America has been advocating that the Jewish National Fund (1) not fund efforts to plant over demolished Bedouin villages and on Bedouin land involved in ongoing legal disputes and (2) not fund property transfers and evictions over the Green Line in East Jerusalem.
I’m looking for rabbis who are willing to attend [the luncheon] and ask Russell [Robinson] some questions.

Once I agreed to do so, I was sent many pages of fact sheets about the Bedouin situation and talking points for the Q and A. While the Bedouin situation did not get resolved at that luncheon, I was excited to learn more about the Beersheva river project, the desalination projects, and the reservoirs. (What you need to know is that I am someone who can nearly fall to her knees in gratitude for clean, running water — it is something I try never to take for granted.)

And since I know that there are no perfect institutions (or countries or people… still waiting for that Messianic Age!), so it was that today Chaim and I took a JNF tour of some sights in the Western Negev. As it happened, today was also the day that there was water, water everywhere, thanks to this unprecedented rainfall that Israel has been receiving over the past several days. (We had rain in the Negev for most of the day today and were even greeted by snow and hail upon our return to Jerusalem.)

So my first picture is of the normally-dry river in Beersheva flowing with water today. JNF has done wonders in creating a river park/promenade/bike path in a city that needed a way to bring in tourists. JNF is in the process of creating another reservoir/lake (of reclaimed water) there for boating.

I featured a photo of the climbing wall because we were asked, “Why do you think this climbing wall does not reach to the ceiling of the room?” No one knew.  The answer, of course, is “the 15-second rule.” Once a kid gets up the wall, if the alarm goes off, s/he has to be able to get down, get out of his/her harness, AND into a bomb shelter within 15 seconds — so the wall is only so high.

Needless to say, this playground has done wonders for the psychological and spiritual welfare of S’derot’s children (and parents.) Anyone who wants to see further photos of this playground, let me know.

Today was a full and wondrous day of seeing and learning. I will save stories about the fascinating Ayalon Institute/Kibbutz Hill for another time. But the takeaway of it all is that JNF (like Israel itself) is a wondrous and imperfect entity, one which I’m interested in re-engaging with, even while remaining a Rabbi for Human Rights.

2 thoughts on “Trees, Water, and the Welfare of Children”